Health Care That Leaves No One Behind

The purpose of the Affordable Care Act (ACA) was to provide all Americans with affordable health insurance. Two key pieces of the law are the availability of subsidies to assist individuals with paying premiums and the expansion of Medicaid coverage to people earning less than 138% of the federal poverty level (FPL). Together, these requirements ensure access to health care for people who can’t otherwise afford insurance. 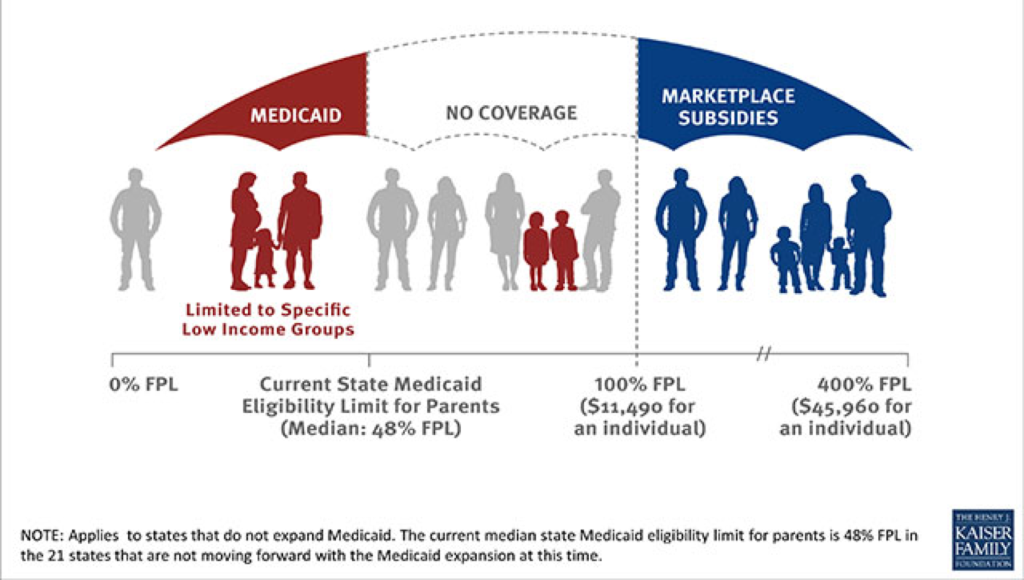 Most people who fall within the gap are working—more than 60% of them. But they don’t get health care benefits from their employers or cannot afford to purchase insurance on their own. These hardworking North Carolinians are self-employed or work in industries such as retail, construction, food service and child care. For example, adults who earn between $737 a month and $1,674 a month for a family of three are in the gap and are currently left out of both Medicaid and ACA subsidies.

Why Is It So Important To Close The Coverage Gap?

How does it affect you?

The economic impacts of Medicaid expansion—or the failure to implement it—are far-reaching, from the mountains to the coast. Check out this interactive map based on a George Washington University study that shows what expansion could mean to our state and your county.